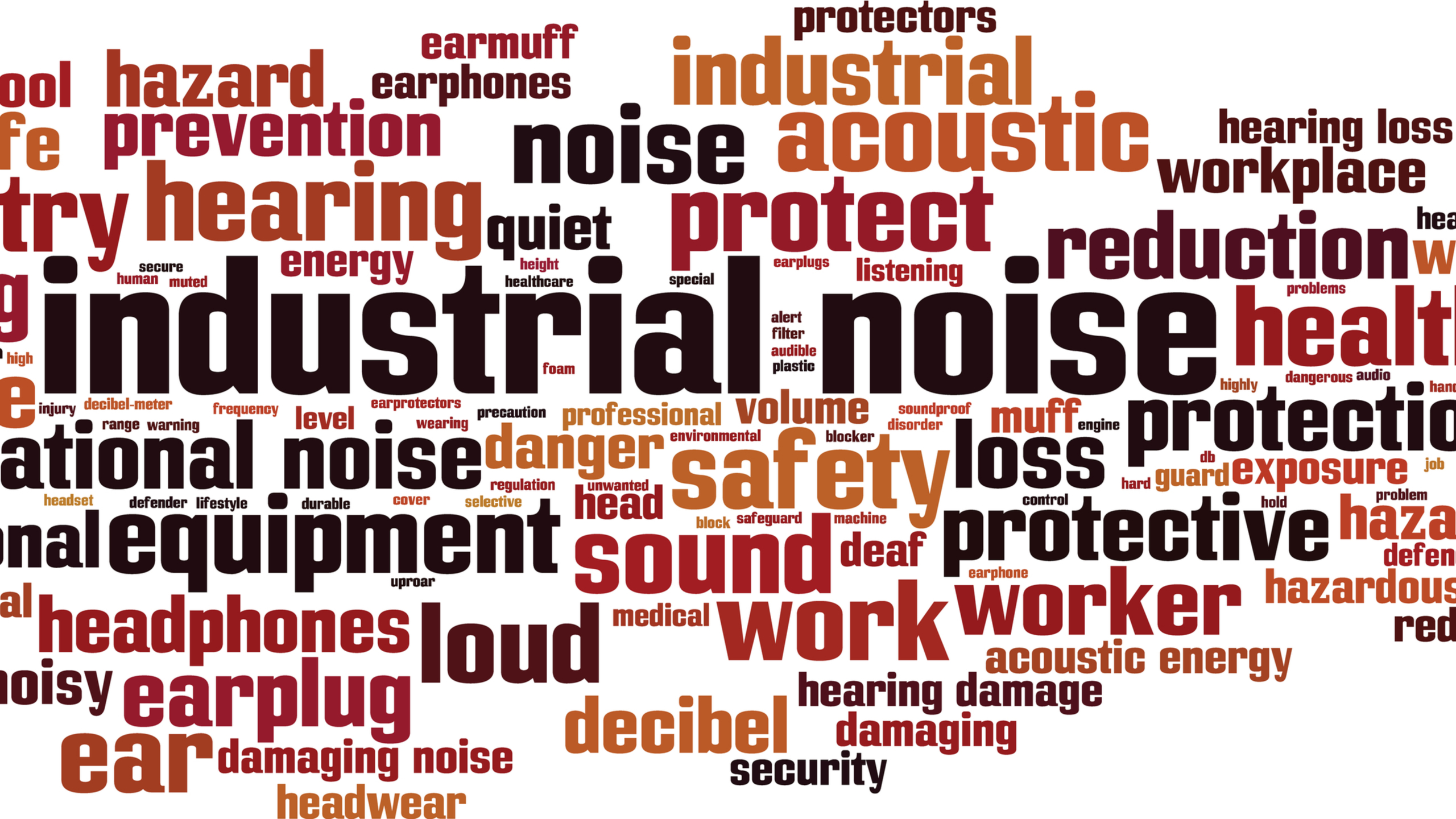 If you work in an environment that is known to cause Industrial Hearing Loss, it is important that you protect yourself with appropriate protective equipment maintenance. If you experience hearing problems at work, seek medical attention to prevent further damage to your ears. If you believe your employer is to blame, you can read our advice on claiming compensation for industrial deafness. Below, we outline some of the main steps to take. Regardless of the cause, you should seek medical advice.

The primary cause of noise-induced hearing loss is prolonged exposure to loud noises. These noises can damage the tiny hair cells in the ears called stereocilia. These hair cells are not replaceable. Damaged hair cells do not transmit electrical signals to the brain, thus impairing hearing. The damage to hair cells is usually temporary, but it can still result in permanent hearing loss. Exposure to high-decibel noises is particularly harmful to older adults.

Typically, noise-induced hearing loss (ONIHL) affects the left ear more than the right. The severity of the condition varies between the two ears, with some people experiencing loss in only one ear. While asymmetric noise exposure can occur in both ears, the most common type is bilateral. However, asymmetric exposure to noise can also cause a permanent loss of hearing in one or both ears. Moreover, men and women are exposed to different levels of noise, with males experiencing more damage to the left ear.

In the United States, workers in industries such as construction and mining are often exposed to extremely high noise levels. Exposures to noises higher than 85dB occur 70% of the time. Miners also face high levels of noise exposure, especially when operating large machines. They may even experience pain or mishearing warning signals. In these circumstances, workers should seek medical attention for their hearing loss to ensure their safety and the health of their families.

While there are no cures for noise-induced hearing loss, prevention strategies can help avoid or reduce the damage caused by loud noises. While there are no known therapies, patients should be screened for exposure to loud noises if they are working in industries that produce high levels of noise. It is important to ensure that the patient has been properly diagnosed and has been wearing hearing protection. If necessary, doctors can recommend hearing aids or other safety measures.

A study in Australia found that the symptoms of acoustic shock were associated with proximity to the sound source. The frequency of this syndrome ranged from 2.3 to 3.4 kHz, and the intensity varied between 56 to 120 dB. However, it was difficult to measure the duration of exposure, as most affected call center operatives removed their headsets quickly. The findings have led some researchers to recommend that noise levels of this nature be reduced to minimize the effect.

The first step is to ensure that noise levels are low enough to cause hearing loss. The cause of acoustic shock is still unclear, but studies indicate that exposure to loud noise may lead to tinnitus and pain. The testing otological function is a common way to determine if there are any differences between the exposed and unshielded ears. However, the study of only four individuals makes it difficult to draw definite conclusions from the findings.

The first major study on the acoustic shock is a Danish one, but the symptoms of acoustic shock have been widely reported in Australia and the United Kingdom. Unofficial reports have emerged from many other countries as well. This new disorder has a potential impact on workers' quality of life. The condition is often accompanied by depression, anxiety, and post-traumatic stress disorder. However, there is no evidence that it is the cause of hearing loss.

An Australian study published in 2003 evaluated the symptoms of acoustic shock among 18 call center workers. The report concluded that acoustic shock is not associated with objective hearing loss and that the condition does not result in permanent loss. Instead, it leads to acoustic shock that may not even be present in all cases. It is still unclear why this syndrome is responsible for many cases of industrial hearing loss.

Acoustic trauma is one of the leading causes of hearing loss in the industrial setting. Exposure to sound levels above 70 decibels is considered safe for ongoing listening. However, exposure to noise levels above that level may result in permanent damage to the auditory nerves. The most common cause of acoustic trauma is exposure to sudden, high-volume sounds. This may occur immediately after exposure to the loud sound or later months or even years later.

Treatment for acoustic trauma depends on the severity of the damage. Several treatments exist for this condition, including oral steroid medication and hearing devices. During an acute episode of acoustic trauma, certain medications can help restore hearing. The main goal of treatment is to reduce exposure to loud noises. The main complication of acoustic trauma is progressive hearing loss, but patients can also develop tinnitus.

While occupational NIHL has been associated with an increased risk of work-related injuries, the cause remains unknown. Researchers have observed a statistically significant increase in hospital admissions caused by occupational trauma. Some studies have reported decreased ability to localize sound, a critical function for certain workers. This impairment can have significant public safety consequences. If not treated, the condition can result in career-ending disability. This is why it is important to address acoustic trauma in the workplace.

Recent research has revealed that noise-induced acoustic trauma has a negative impact on the auditory system. It may increase the concentrations of calcium in outer hair cells, which cause dynamic contractions in the hearing organ. Glucocorticoid receptors may also influence the response to acoustic trauma. But these are only a few of the potential treatments for acoustic trauma.

Another possible cause of industrial hearing loss is repetitive exposure to loud sounds. Repeated exposure to high-frequency noises can result in permanent threshold shifts. A doctor may use audiometry to measure a person's response to various sound frequencies. Another symptom of acoustic trauma is tinnitus, a buzzing or ringing sound in the ear. People suffering from this condition may be aware of this sensation even in a quiet environment.

Workers exposed to noise levels above the safe level report difficulty recognizing speech and tinnitus. Tinnitus is a common occupational health condition characterized by a ringing, buzzing, or roaring sensation in the ear. It can be intermittent, continuous, monotonal, or multitonal and is highly uncomfortable. Tinnitus may be permanent or reversible, and there is no known cure for it.

The causes of tinnitus are not fully understood, but they do seem to be common among workers exposed to noise. In general, studies estimate the prevalence of tinnitus at 20 percent, 20%, or 42%, but the incidences of permanent hearing loss vary. The lack of reliable data limits the objective assessment of this subjective symptom. In the present study, researchers sought to determine the relation between tinnitus and hearing impairment, and otoacoustic emissions.

The ENT is a medical doctor who specializes in the treatment of medical conditions of the ears, nose, sinuses, mouth, and throat. Some ENTs concentrate solely on treating tinnitus, while others have broad expertise in treating industrial hearing loss. Tinnitus is the most common result of excessive exposure to loud noises. This condition is common among construction workers and assembly-line workers.

There is no definitive link between tinnitus and HL, but the prevalence of tinnitus and HL is associated with older workers. A recent study from Palmer et al5 uncovered a higher prevalence rate for men with severe hearing difficulty than that of the present study. Further, the researchers found that a larger sample of men aged thirty-five and older reported tinnitus than their counterparts in the same age group. The data collected for this study are self-reported and include only men.

The study involved a survey that included questionnaires asking participants if they had ever had tinnitus. The ringing sound is often a high-pitched whine, or it may appear as a high-pitched roar. The ringing sound can be intermittent or constant, and can even become permanent, preventing the sufferer from having an effective hearing. If you are unsure whether tinnitus is due to hearing loss, contact a physician as soon as possible. 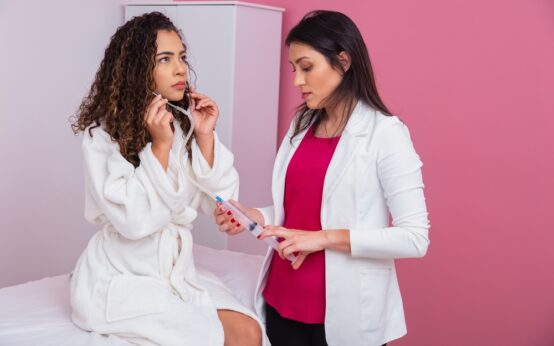 Are You Suffering From Both Tinnitus and Sinusitis?

Are You Suffering From Both Tinnitus and Sinusitis?