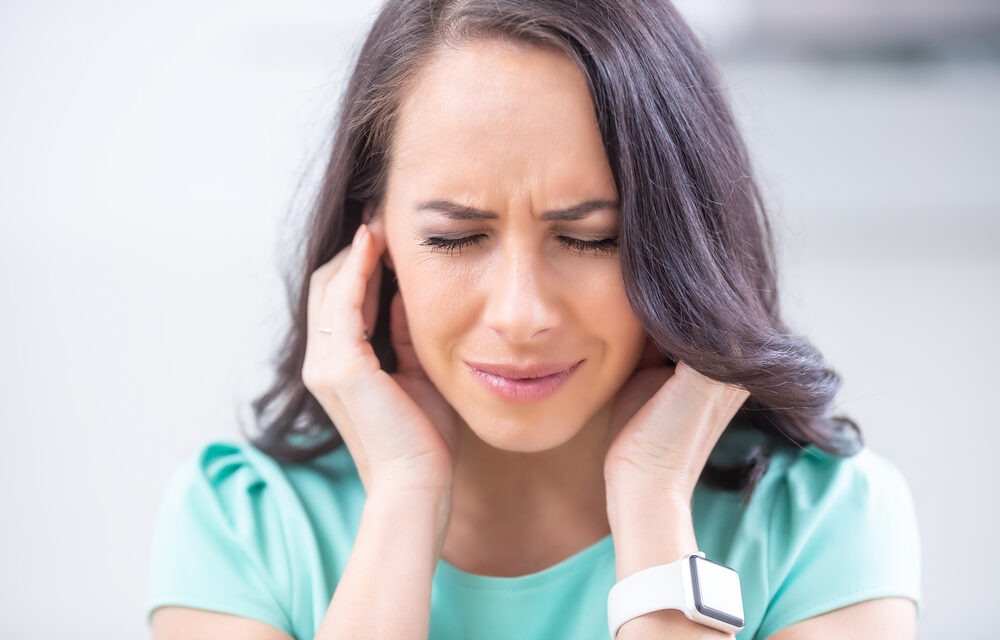 How to Manage Tinnitus Stress

Chronic tinnitus and increased sound and light sensitivity are just some of the symptoms of tinnitus stress. If you're feeling depressed or anxious about your tinnitus, stress may be a contributing factor. However, there are several ways to alleviate these symptoms. Listed below are some of the most effective ways to manage tinnitus stress. If you're experiencing any of these symptoms, consider contacting a doctor to seek advice.

The daily news cycle has become an uncontrollable firehose of despair and anxiety, and that has only added to the stress of dealing with chronic tinnitus. Chronic tinnitus patients need information that focuses their attention away from the sound. When their minds are preoccupied with the noise, the ringing sounds become more loud and intrusive. This vicious cycle can only be halted by proper information.

The causes of chronic tinnitus stress are multifaceted. The condition itself can be a result of personal vulnerability, or it can be a consequence of exposure to a particular type of stress. The causes are unknown, but the researchers are looking into possible solutions for the condition. Ultimately, a better quality of life is the goal. And there's no better cure than preventing the symptoms of chronic tinnitus.

Physiological stress reactivity has been studied in patients with subjective chronic tinnitus and healthy controls. The participants of the study reported their heart rate and variability, as well as their subjective perception of tinnitus during the five measurements. The researchers noted a significant correlation between subjective strain ratings and objective physiological data. There was no significant difference between the groups. The results were not conclusive, but the research team concluded that physiological stress reactivity may be a factor in chronic tinnitus.

Various treatments for increased sound and light sensitivity due to tinnitus stress can be effective in treating the condition. The first step in treating increased sensitivity is to identify and eliminate the cause of the disorder. Many people have other underlying medical conditions that could contribute to increased sensitivity. Behavioral therapy is one form of treatment that can help people who suffer from the condition. Cognitive-behavioral therapy involves the use of cognitive-behavioral techniques to improve the individual's thinking and behavior patterns.

This type of tinnitus can interfere with everyday life and career. Some people have a reduced tolerance for noise and light, which makes normal activities extremely difficult. Noise exposure is one of the most common causes of increased sound and light sensitivity. However, if you're constantly exposed to noise, you could develop an even worse condition. If you're experiencing any of these symptoms, you should consult with an audiologist.

In some cases, there's no known cause of the tinnitus, so identifying the cause of each tinnitus episode is impossible. In such cases, your audiologist will determine if the condition is due to a specific disease or cause. If you're suffering from a chronic tinnitus disorder, it may be best to consult with a doctor as soon as possible to find a solution.

Research suggests that tinnitus is closely linked to anxiety and stress. Stress triggers our fight-or-flight response, which releases hormones to support the body's fight-or-flight response. However, these hormones stop releasing as soon as a stressful situation passes. According to cognitive behavioral therapy, excessive stress can cause tinnitus. It may also act as a warning system that can make tinnitus worse.

If you're suffering from tinnitus, the daily news cycle has become an uncontrollable firehose of anxiety. Regardless of whether you're a veteran or a new tinnitus sufferer, it's important to be aware of the news cycle. There have been hundreds of reports about the recent outbreak of the coronavirus, and the endless negative coverage only fuels fear.

Researchers also found that people with tinnitus were more likely to report feelings of depression and anxiety than people without tinnitus. Those who had tinnitus reported an increased heart rate, shortness of breath, and sleeplessness. It's important to get help as soon as possible if you have this condition. In fact, it may even be a warning sign of another ailment.

While there is no drug or treatment for tinnitus, many physicians treat it with drugs that are considered off-label. In rare cases, the treatment for anxiety may alleviate tinnitus symptoms. Home remedies for tinnitus stress and anxiety may be effective. However, it's crucial to seek medical care if you have severe or persistent symptoms of anxiety. In some cases, psychotherapy or pharmaceutical drugs can help with anxiety.

To determine if there is a connection between depression and tinnitus, researchers conducted a meta-analysis of 28 studies. In total, 9979 patients with tinnitus were included in the analysis. These studies included both primary and secondary analyses and were evaluated using the Newcastle-Ottawa Quality Assessment Scale. Results from these studies show that the treatment group showed a significant reduction in depression and anxiety, and that the treatment is effective in reducing symptoms.

Although the exact relationship between depression and tinnitus is still unclear, research suggests a connection. In fact, studies have suggested that depression is common pathophysiology in both disorders. This may help explain why depression and tinnitus are often comorbid. It's also important to note that patients with tinnitus may be more likely to develop depression than people without the disorder.

The authors of this meta-analysis found that there was a significant association between depression and tinnitus. Depressed patients reported a greater likelihood of experiencing ringing in their ears than those without tinnitus. Moreover, those with tinnitus who rated themselves depressed reported an improvement in their symptoms. These findings are consistent with those obtained from previous studies.

Research has shown a significant link between tinnitus and anxiety and depression. This relationship has been attributed to the involvement of the limbic system, which includes the amygdala, hippocampus, locus coeruleus, hypothalamus, and dorsal cochlear nucleus. Moreover, the study of Bartels et al. in the Journal of Psychosomatology found a correlation between tinnitus and depression in tinnitus patients.

Many people report experiencing ringing in the ears as a result of chronic stress. Although the cause of tinnitus is unknown, chronic anxiety can lead to clogged ears, which can affect the quality of sleep. Excessive levels of anxiety can lead to dizziness and a loss of balance. This condition often results from prolonged exposure to loud noises and loud music.

Whether you're prone to panic attacks or are a victim of constant tinnitus stress, relaxation exercises can be extremely helpful. Although they're not appropriate for everyone, they're used widely in tinnitus clinics. They can help you stay calm and in control in situations that normally cause you stress. Read on to learn how to perform these breathing exercises.

You can practice progressive muscle relaxation to relax every muscle group in your body. To do this, sit comfortably and slowly tens and relax each group of muscles. Begin with your toes and gradually move up through your feet and legs, then move to your buttocks. Repeat with the other body parts, including your face and chest. This way, you will gradually increase your relaxation and calm yourself down.

Progressive muscle relaxation is a common technique for people with tinnitus. This technique is the most effective while standing, but can be done while sitting as well. Start by tensing the muscles in your feet and toes for five to ten seconds and relaxing them for 30 seconds. Once you've completed the exercises, practice tensing your muscles in other parts of your body. Try to think about the hours prior to your current tinnitus stress. Try to recognize how long it's been since you've had a “good period” without tinnitus.

Try reducing your overall stress levels. Everyone experiences stress at some point in their lives, but it's particularly dangerous for people with tinnitus. A reduction in physical stress will improve your emotional and mental health, so reducing your physical stress can help you cope with tinnitus more easily. Try to limit your stress levels, and you'll be more likely to feel more confident and less tense during stressful situations.